The Tokyo Paralympics, which concluded on 5th September has been one of India’s best hauls at the medals tally. India won a total of 19 medals – five gold, eight silver and six bronze — to finish 24th overall in the medal tally. Often faced with discrimination, the social stigma, lack of empathy and infrastructure keeps people with disabilities unable to access education or vocational training, to pursue careers of their choice and more. They are forced to be dependant on their families and are taken to be liabilities. But this groundbreaking success of our para-sportsmen is sure to change people’s perceptions towards disability and inspire a whole new generation of individuals who are struggling to keep up their efforts. They were felicitated throughout the country for their achievements.

On October 1st, GoSports Foundation organized a felicitation gala in honour of the Olympians and Paralympians along with their families and coaches. In India’s largest ever contingent sent to the 2021 Summer Olympics, 21 of the 54 Paralympians was supported by the organization which included medalists Avani Lekhara(shooting), Sumit Antil(javelin), Pramod Bhagat(badminton), Manish Narwal(shooting), Suhas Yathiraj(badminton), Sharad Kumar(high jump), and Manoj Sarkar(badminton).

Deepti Bopaiah, the Chief Executive Officer at GoSports Foundation spoke about how qualifying for the Olympics and Paralympics are commendable in itself and the medals are just icing on the cake. She emphasized the efforts of everyone has put in Identifying, nurturing, promoting, and celebrating athletic talent and called for an all-inclusive celebration with coaches and athletes. “We believe that this is just the beginning of a glorious future for Indian sports, and we will continue to strive to put the country on the world sporting map,” she said.

The event was hosted by RJ Pallavi, with renowned speed-artist, Vilas Nayak, and famed illusionist, Neel Madhav presenting captivating performances. There was also a special video message by the Honourable Minister of Law and Justice of India, Shri.Kiren Rijiju addressing the gathering and motivating the athletes.

They were presented with cash rewards and mementoes. “It has always been our endeavour to celebrate India’s sportspersons to inspire the youth and next generation of athletes. The iconic achievements of the Paralympians will continue to inspire Indians for generations to come,” the DCG said in a release. 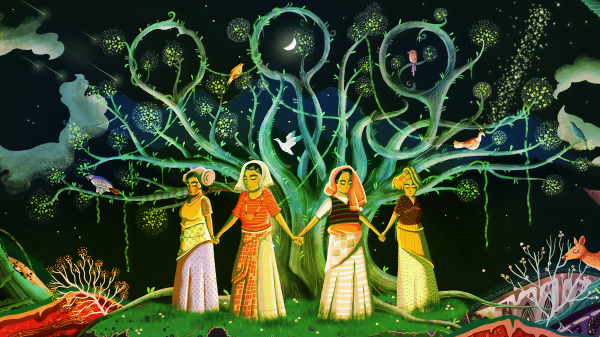